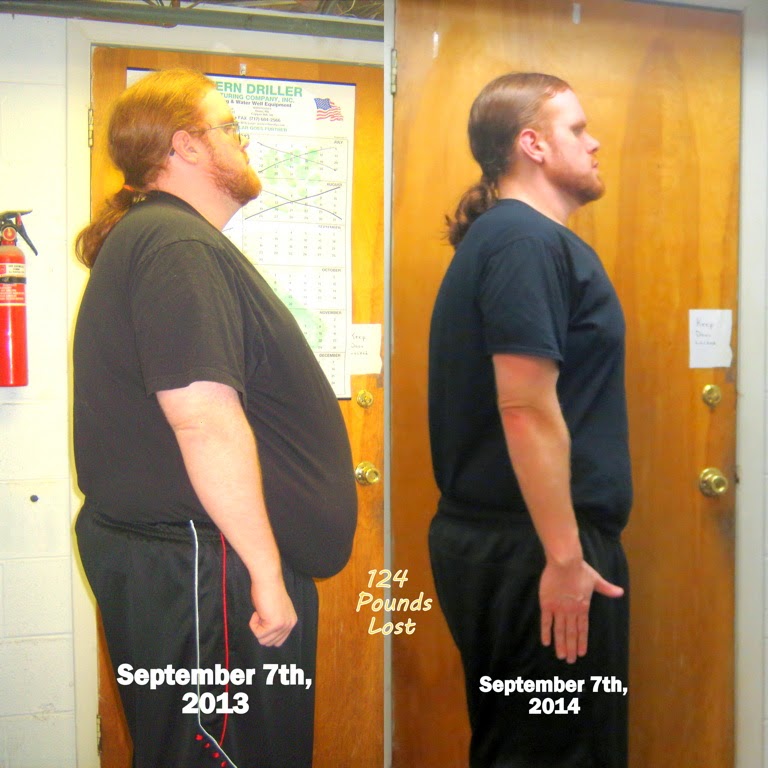 Tons of stuff. The idea that you need to eat and eat a lot to be successful. That helped because I know I have a huge appetite and was scared on how I was going to satisfy it. You said find every fruit and vegetable you like and eat them all and eat a lot of them. That was a big help as I did do that and it worked great. The idea of only weighing yourself once a month. It’s a great idea. I couldn’t imagine weighing myself every day. I would never want too. But I look forward to it once a month. I think everyone should do it that way. The importance of drinking a lot of water every day. This was hard at first as I was just not used to drinking that much water. But, again, it works. It keeps you filled up much more than you realize.

The main thing I took away from your book when I read it was that it was not going to be easy but it IS possible. And, I was going to do it. I was not going to look back. I was just going to stay on the same path. The thing I love the most about the book is there is no bullsh*t in it. It’s facts. The book destroys the "diet" industry and proves what a scam it is. Most people don’t want to hear the truth but that is what this book is. It’s 100% true, whether people like it or not.

What motivated me specifically:
These quotes did:
"I had a thought. When my parents brought me home from the hospital a newborn baby. I weighed 6 pounds and 10 ounces. Now they were taking me back to the hospital, 37 years later, and I weighed over 500 pounds. Boy, I really screwed up. What had I done? I have been given a good life and I wasted it."
"Is the food really worth it?"
"If it’s not forever, it’s not worth doing."
"I don’t care what anyone thinks."
"I don’t believe people are really ever "fat and happy," but they can be content."
"Losing weight" is a short-term goal that will not last by itself."
"I hate to burst anyone’s bubble, but when it comes to sustained weight loss, there is no secret. It’s long, it’s hard, it’s a lot of work. Sometimes I don’t want to do the exercise.  People, it’s hard."
"The only thing that makes you lose weight is taking in less energy that you put out.  It’s an earth-shattering concept that works every time it is applied."
All of those quotes struck a chord with me.

What keeps me going:
What keeps me going? I just know I’m not going back to what I was. I know I’m staying on the path I’m on. Every time I think about not exercising or going through the drive-through on my way home from somewhere, I think about being at a crossroads. One sign says "death" and the other says "life." Which road would you take? Simple answer. That helps me. But when people ask what my motivation is, I really don’t know what to tell them. I just tell them I made a decision and I’m not going back. It’s that simple.

Things that people trying to lose weight can learn from me:
All I can tell anyone reading this who is overweight and unhappy is you can change your life. Believe me, if I read this 2 years ago, I would have rolled my eyes and eaten another Twinkie. But, it’s the truth. You just have to make a decision. You have to decide that you are changing and not going back.  I think people make the mistake of saying I need to lose a set number of pounds. I don’t agree with that. You need to look at it as I need to change for the rest of my life (and start doing it) and then the pounds will start coming off. I’m living proof of it. I was never on a diet in my life. I never exercised, ever. But, I made a decision one year ago and a year later I am 124 pounds lighter. That’s the proof that cannot be denied.

CONGRATULATIONS, SCOTT! Have a success story? Send me an e-mail, along with a before/after picture.
Posted by Bryan Ganey at 8:30 AM 40 comments:

Get Inspired! Watch The original YouTube Video That Started It All
Bryan Ganey calls into Dr. Drew's show on Headline News

Bryan's CNN iReport
How did all of this get started?

Why not have weight-loss surgery?

The "secrets" of weight loss